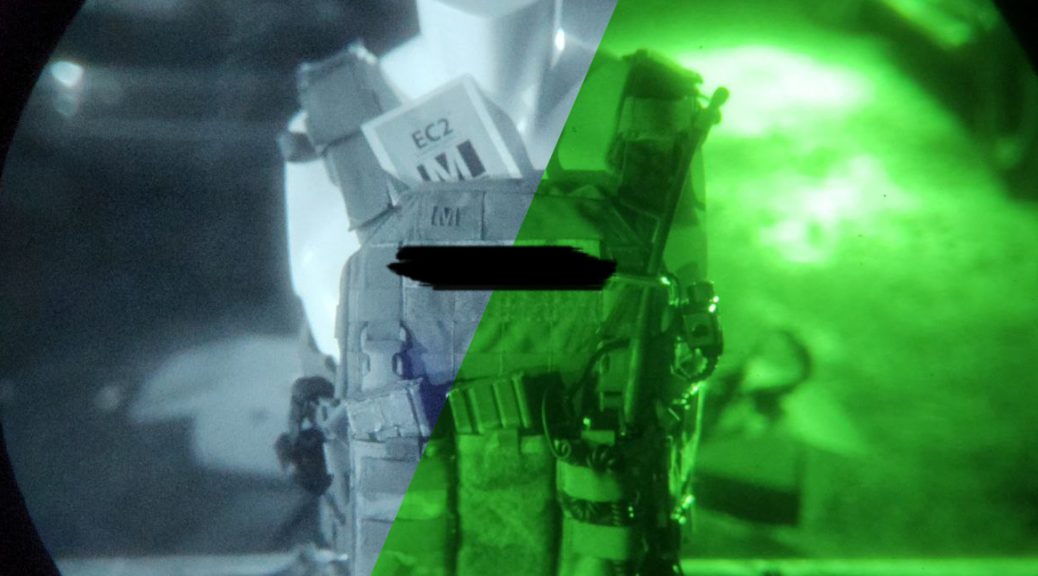 Night Vision used to always be green, right? That is certainly how I remember it. All of a sudden this pale bluish-white image started appearing in intensifier tubes and everybody had to have it. Is it better than green? The price it commands seems to think so.

While I couldn’t tell you the differences in producing green vs blue phosphor tubes I can tell you want is going on with them in relation to your eye/brain.

The rods and cones (photo receptors) in your eyes are made up of three different kinds. Red (~64%), Green (~32%), and Blue (~2%) receptors. From what I have read the blue receptors are far more sensitive so the reception of each color in the human eye is fairly similar. So what does this have to do with night vision?

If your night vision device is using green phosphor tube(s) then you are viewing pretty much only green light. Which is only received by those green receptors. So, your eye/brain is trying to make a full “picture” with roughly a third of the normal color information that it is used to receiving. This is why some people can complain of eye-fatigue or even headaches when using green phosphor tubes. It just isn’t what your eye is used to.

But. If you were to use white phosphor tubes we have a different story. White light is made up of all colors of light. Red, green, and blue. So all receptors in your eyes are being used just as they are during daylight. This is much closer to what your brain is used to processing.

Now, after saying all that I have never had an issue with eye-fatigue or headaches due to green tubes, myself. Many will tell you that white is better. They certainly retain more resale value. Many of the white tubes I have looked through seem super clear but when it came time to buy my duals I went with a higher FOM green rather than a lower FOM white tube for the same price. Does it really matter? I don’t really know. What I do know is that on the head of someone who trains with his/her gear the green will be far more impactful than the BEST white tubes being used by someone who doesn’t train.

Oh, and one more thing. It is Phosphor. Not Phosphorus.